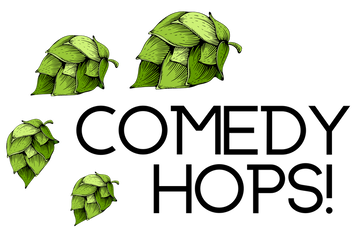 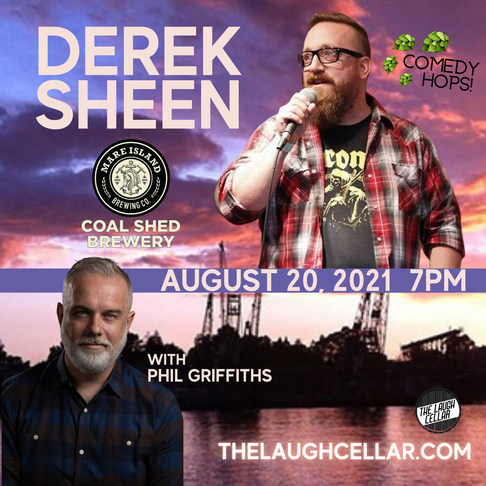 Seattle based Comedian Derek Sheen is a cuddly mess of insecurities and a gifted, one-of-a-kind storyteller. He is a cult favorite of comedy nerds around the globe. He has released four albums on Stand Up! Records, most recently 2020's Macho Caballero. The album reached No. 6 on the iTunes comedy chart, and No. 7 on Amazon's chart.
Sheen headlines top comedy clubs across the country.

Phil Griffiths
As far as mid-life crises go, Phil Griffiths’ wife stacks his career in stand-up comedy as better than a drug addiction but worse than him having a mistress. With his dry deadpan humor, Phil shares his slightly off observations on life. He's a paid regular at Punchline San Francisco and Sacramento,  Cobb's Comedy Club and San Jose Improv to name a few.
​
Comedy, Hops!
Join us for world-class craft beer and stand-up comedy on Mare Island the historic naval shipyard in Vallejo, CA.
Mare Island Brewing Co. is our host for this epic show. The event takes place outdoors on the pier at their gorgeous Coal Shed Brewery venue on the Napa River. Comedy, Hops! brings people together in a historic coal shed (now a stunning brewery) for an unforgettable experience.

Doors open 6:00PM
Showtime 7:00PM
Complimentary parking for every guest in the convenient lot directly in front of the venue.
Pie Wagon Food Truck will be on-site.  They offer soups, salads, burgers, tacos and more. Enjoy a delicious bite before or after the show!  When the curtain closes, guests are invited to hang out at the Coal Shed to continue Friday night fun.
Taps will be flowing before and after the show as well.  Come early, grab a beer, enjoy the waterfront view!

The following items are NOT allowed at the event:

No show entry after 7:10pm
Credit for future show or refund is offered only if show is canceled or changed by The Laugh Cellar.

​Scenes from past Comedy Hops! 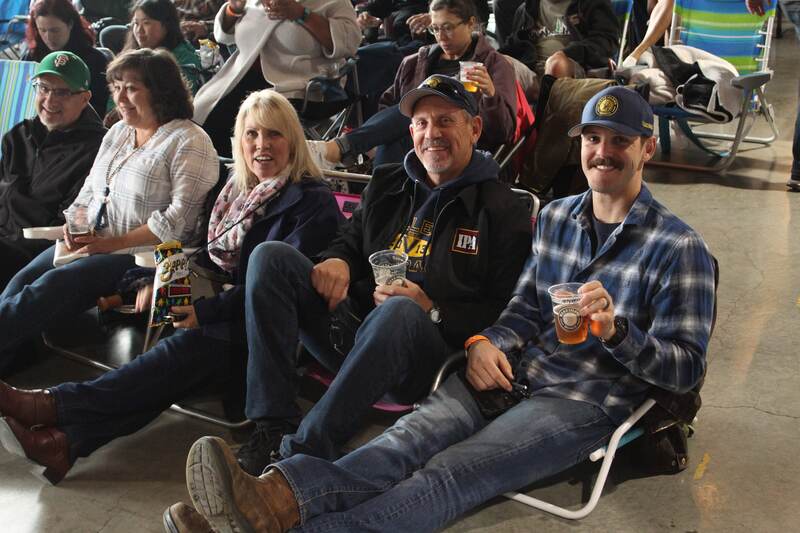 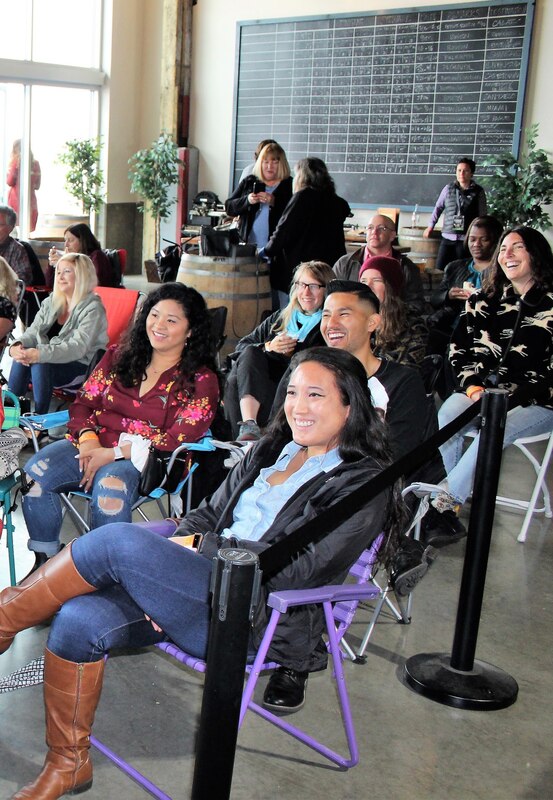 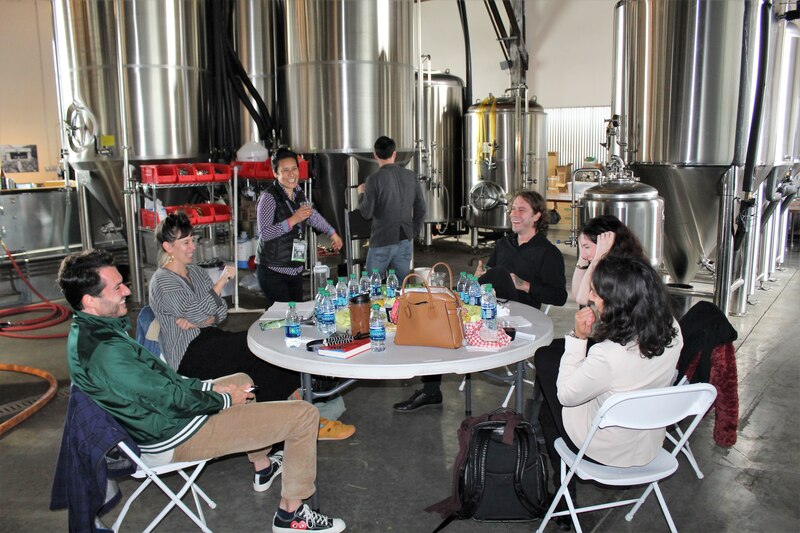 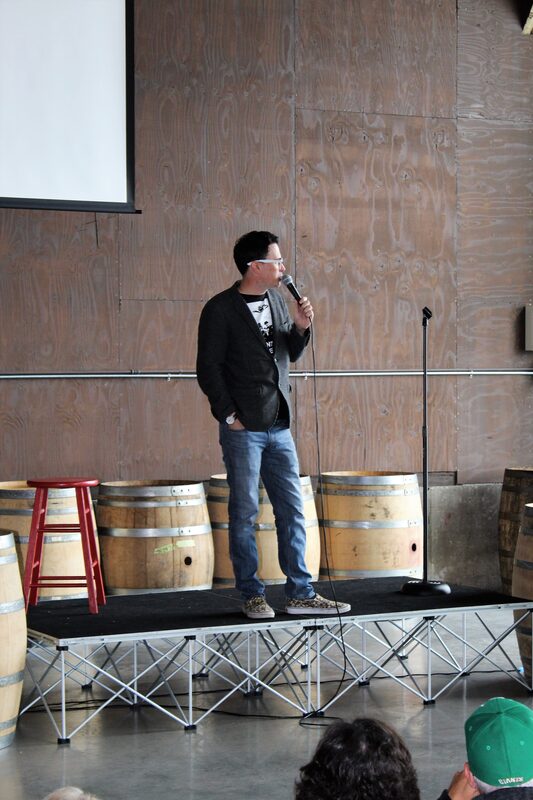 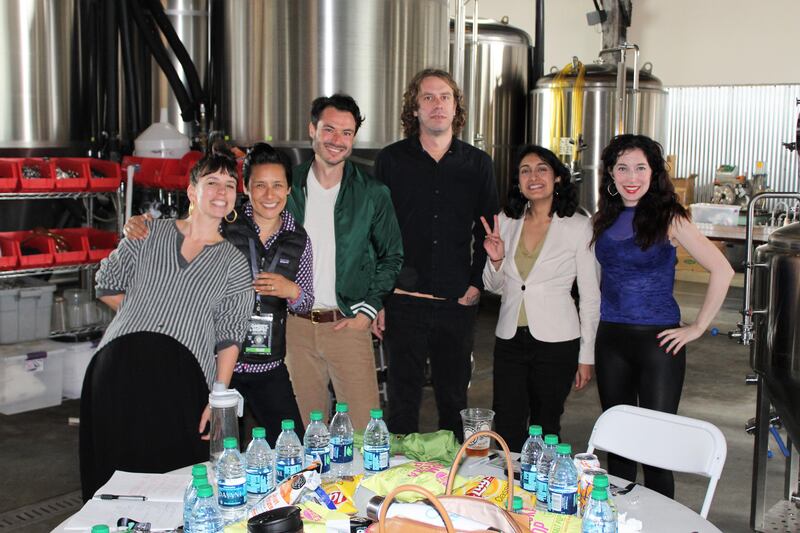 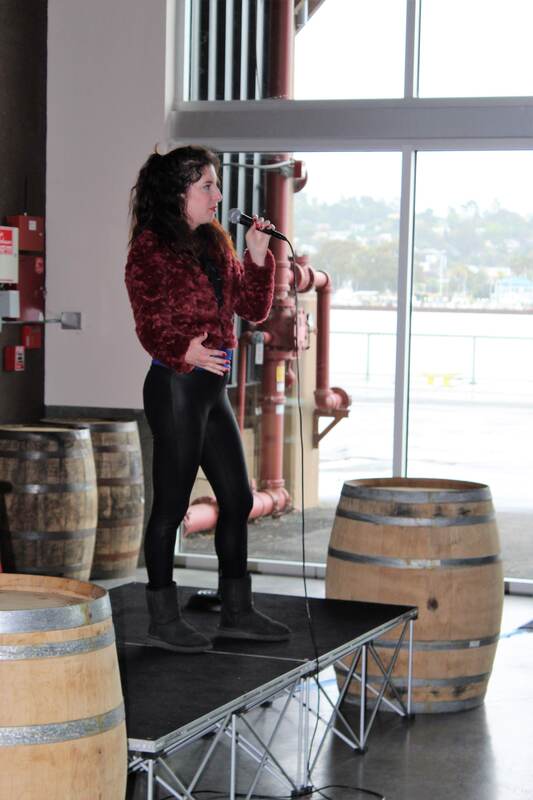 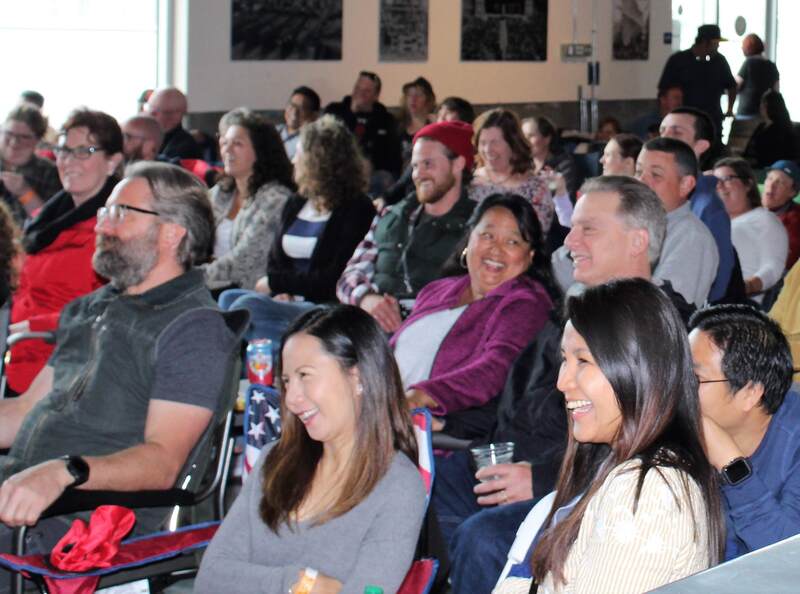 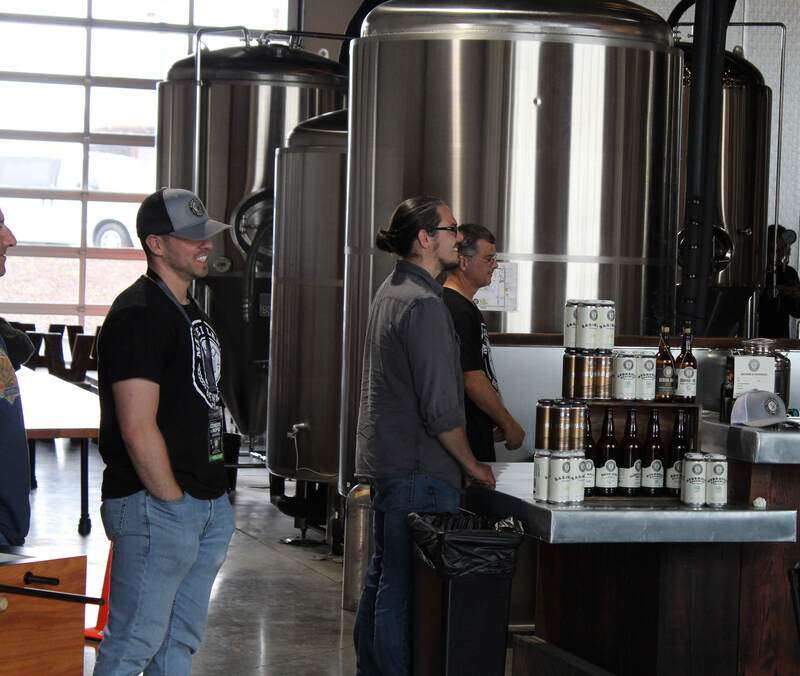 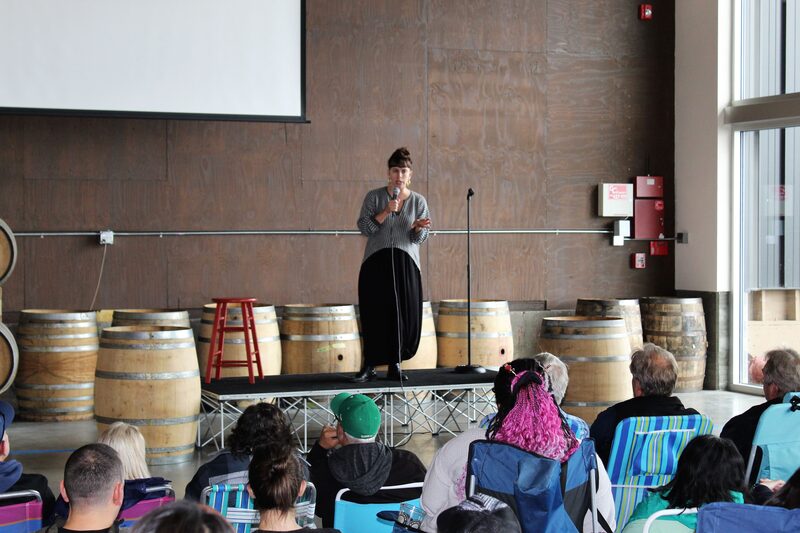 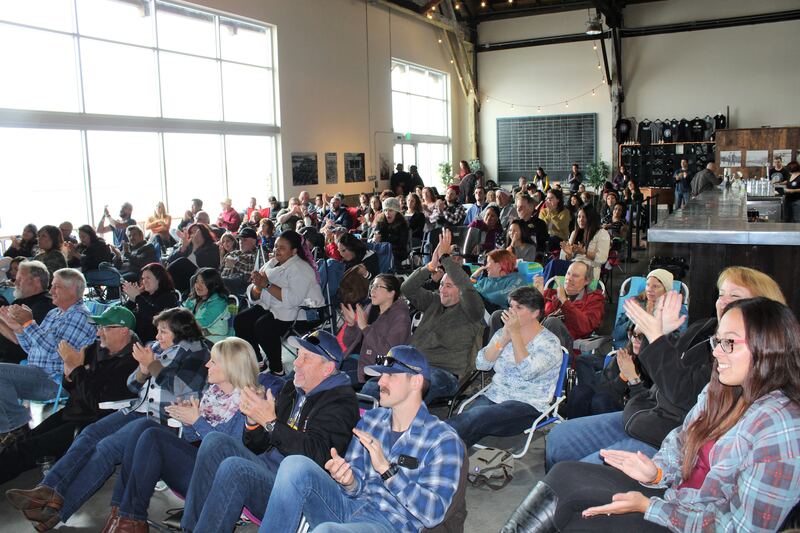 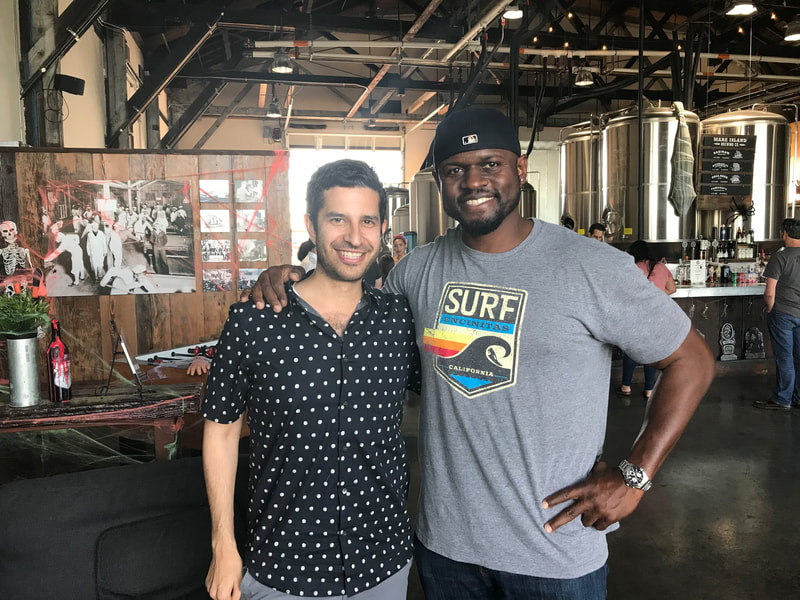 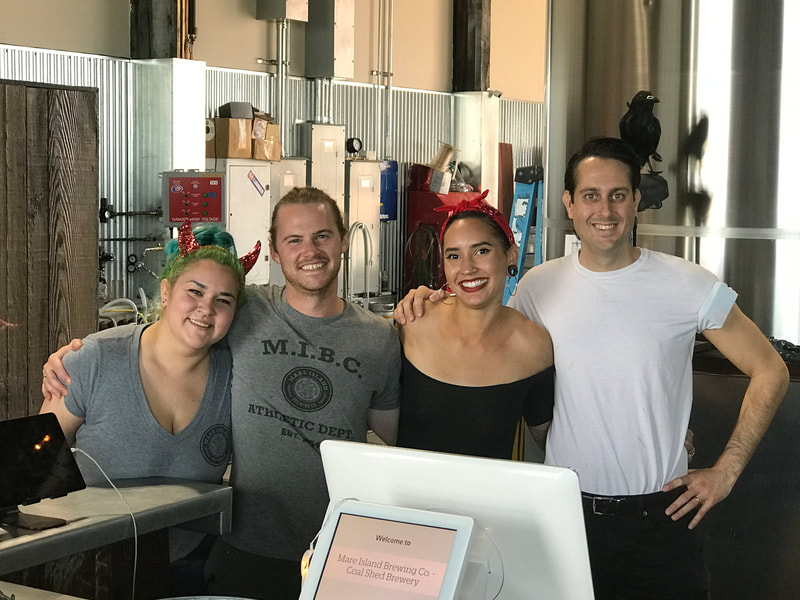 Commodore David Farragut, famous for uttering, “Damn the torpedoes, full speed ahead,” served as Mare Island Naval Shipyard’s first commander upon the base’s establishment in 1854. Over the next 150 years—including a Civil War, two World Wars, and the Cold War—Mare Island’s shops and drydocks built over 500 ships, and repaired countless more, including sailboats, and steamships.  In addition to Navy sailors, radiomen, Marines (and a hush-hush CIA presence), Mare Island once employed as many as 44,000 “Yardbirds,” the nickname given to civilian workers on the base.  The renaissance of this historic landmark is well underway. Mare Island Brewing Co.—along with our fellow businesses, workshops, and artisans who now call the historic buildings of Mare Island home—take great pride in the reuse, restoration and preservation of this glorious island and its storied place in American history.