Balletto Vineyards
In the heart of the Russian River Valley

It's more than a bottle of wine.
It's family and community, social and environmental responsibility. Excellence. A never-ending pursuit to capture wine's beauty and reflect the land on which it is grown.

Their Philosophy
​A family-owned and operated winery who sources all their fruit from their own vineyards, producing consistent, reliable, elegant wines that over-deliver. 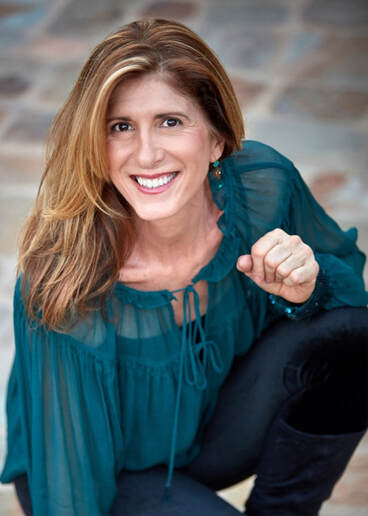 Comedian Frances Dilorinzo is an internationally performing headline comedian who is going viral again with her recent Dry Bar Comedy Special; there's nothing better than adding a few more million to her YouTube views. Frances is a fun, physical and smart comedian. She delivers a spontaneous joke one minute and a physical punchline the next. Frances has appeared on all the major television networks, NBC, CBS, ABC, LIFETIME, COMEDY CENTRAL, TLC, A&E, and tours the country.

Karen McCarthy started her comedy career in Los Angeles where she became a regular performer at the Comedy Store, Hollywood. She ran out of men to date in LA so she decided to move to Ireland where she met her current husband at a comedy gig. She has recently relocated back to the Bay Area and works full time as a Professor of Occupational Therapy at Dominican University of California. She considers teaching a class of college students to be similar to performing stand-up, except bad lighting and less alcohol. Karen is a regular at the Laugh Cellar as their events pair nicely with her favorite hobby, wine tasting!
THINGS TO REMEMBER FOR THE SHOW EXPERIENCE: ​
​The following items are NOT allowed at the event:
Balletto Vineyards
Reserve Room
5700 Occidental Rd
​Santa Rosa, CA 95401
FEB 24 - SOLD OUT
BUY TICKETS FEB. 25
$32 General Admission Advance Online
If available, door tickets are $40
Doortime 6:00PM