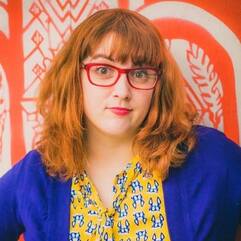 JEN SAUNDERSON is the creator and co-host of the IFC web series, The Filling is Mutual.  She has toured internationally performing in Reykjavik, Edinburgh, London, Prague and Tokyo. Jen was the  judge’s favorite on NBC’s America’s Got Talent. She has appeared on each season of FOX’s Laughs.  She is best described as a human mogwai (whimsical and sometimes dark). Don’t feed her after midnight! 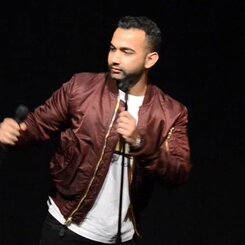 JANESH RAHLAN was that kid in class who everyone thought was funny; he often heard "You should be a comedian!"  He was on the Speech Team, and held office in the Illinois Youth Government, which is his way of saying, "Yes, I was a virgin in high school."  At 17 he knew we wanted to be a comedian and performs regularly at comedy clubs and beyond.  He's even done a TEDx talk at Northwestern University, his alma mater.

Doors 6:00PM
Showtime 7:00PM
Outdoor event
Seating/tables provided, Picnics OK.
No Outside Beverages.
Complimentary parking for every guest.
Show is 21+
Credit for future show or refund is offered only if show is canceled or changed by The Laugh Cellar.
BACK TO MAIN FESTIVAL PAGE
BUY TICKETS JULY 18