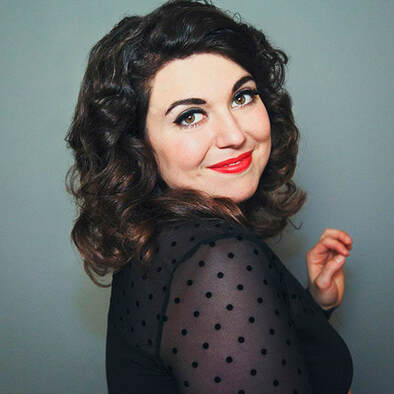 Jenny made her late night standup debut on Conan O'Brien and keeps going back for a total of three appearances. She created, wrote and starred in the Comedy Central Digital series Bad Ass Bitches of History showcasing bad ass babes through time.Her first film appearance was a leading role in 50 Shades of Black with Marlon Wayans and went on to star opposite Billy Bob Thorton in Bad Santa 2. Jenny has performed at festivals across the country including ​The New York Comedy Festival, Women in Comedy Festival, Moontower Comedy Festival, and many more! She’s been a guest on the hit shows Adam Ruins Everything and featured on TBS, Oxygen, TruTV, Fox, and more.  She’s a rising star in Hollywood.

Before there were vineyards in every valley north of San Francisco, before Napa and Sonoma were household names, before there was a California wine world at all, there was Buena Vista.  Founded in 1857, Buena Vista is California’s first premium winery, and its history is as colorful as it is proud. Today, the legend is being re-born under the vision of Jean-Charles Boisset. Just outside the town of Sonoma, the original winery is now a California Historic Landmark, and home to their Winery, Tasting Room, and Visitor’s Center.

Award-winning wine available for purchase and light snacks (cheese trays, delicious chips).  Guests may also bring in a picnic, but no outside drink. Cabaret style seating and tables are provided at this indoor show. ​ Complimentary parking for every guest!
​
Doors 6:00PM
Show 7:00PM

21+ show
Valid Photo ID Required
All Ticket Sales are Final
Ticket refunds are only offered upon cancellation or reschedule by The Laugh Cellar.
No video of comedy performance, still photos ok.
BUY TICKETS