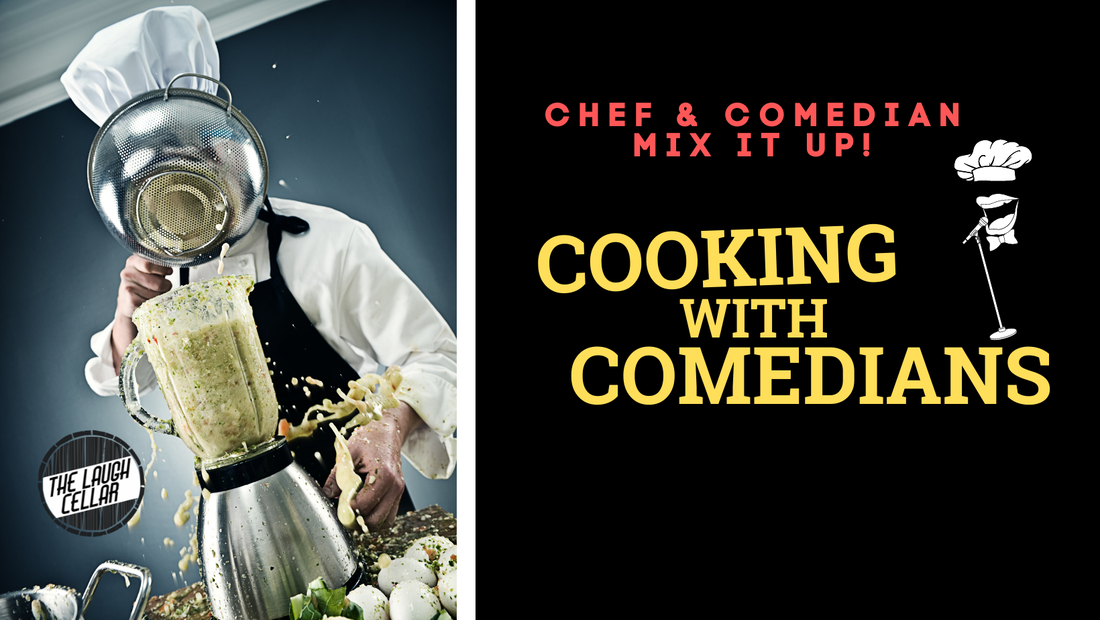 Comedian Headliner Courtney Cronin Dold is a Los Angeles-based stand-up comedian, comedy writer, television and digital media producer, development consultant and owner of Find Your Funny Comedy Consulting. She was nominated for a Daytime Emmy for The Wayne Brady Show where she worked as the comedy producer and writer for Wayne. She provides comedy material and roast jokes for comedians, influencers, rockstars, actors, athletes, television hosts and reality stars. She has provided comedy material for hundreds of live events, as well as over 40 television series and pilots. Collectively her private clients have over 100M views, likes, and followers on YouTube, TikTok and Instagram; several of her clients are Emmy Award Winning television personalities. Courtney performs comedy in Los Angeles and beyond!

Chef Bryan Gardner: After studying English and History at the University of Southern Maine, Chef Bryan Gardner longed to fulfill his passion for food. He went on to study culinary arts at the New England Culinary Institute in Vermont. After graduating in 2005 he launched an impressive career working among some of Napa’s finest Michelin Star restaurants. He expanded his food horizons in 2008 and became the Executive Chef at the Relain & Chateaux property, Hotel de la Paix in Siem Reap, Cambodia. Bryan returned to Calistoga in 2012 and went on to leverage his culinary prowess in the Napa Valley. Bryan’s fondness for food began while he was growing up in New England; he was born into a family of foodies and raised on some of the finest seafood from the Coast of Maine.
$130 PER PERSON
Includes:
PLEASE NOTE: If you have a dietary restriction, please get in touch with us before purchasing tickets.
EMAIL
​
Meritage Resort ⎪Food & Wine Center
875 Bordeaux Way, Napa, CA 94558
To purchase tickets to Cooking with Comedians you will be redirected to Eventbrite.
GET THE EXPERIENCE
visit the meritage resort