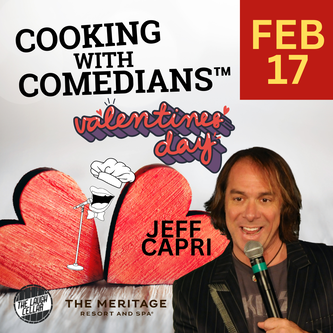 Join Chefs of The Meritage Resort Napa Valley as they team up with different comedians to bring you a Laugh Cellar original show, Cooking with Comedians. Participants gain culinary tips and tricks; with plenty of laughs and tastes along the way! 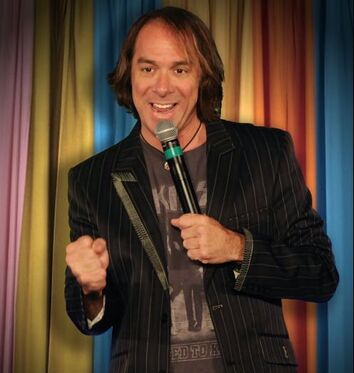 Jeff Capri's observational and physical style of comedy is timely and relatable. His improvising ability is sharpened to a level that makes every performance unique. Jeff shares his talents abroad bringing laughter to the United States Military. Jeff’s touring camaraderie with the USO and Armed Forces Entertainment has taken him everywhere from Micronesia to Afghanistan. Capri also stars in the acclaimed comedy documentary I Am Battle Comic a touching and funny film about entertaining U.S. troops in the Middle East. Some of Jeff’s television appearances include Comics Unleashed and Last Comic Standing.  During quarantine 2020, Jeff released his Dry Bar Comedy Special: Capricious. 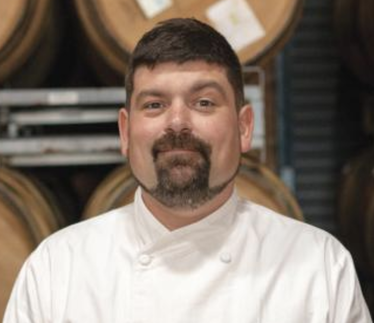 Chef Bryan Gardner: After studying English and History at the University of Southern Maine, Chef Bryan Gardner longed to fulfill his passion for food. He went on to study culinary arts at the New England Culinary Institute in Vermont. After graduating in 2005 he launched an impressive career working among some of Napa’s finest Michelin Star restaurants. He expanded his food horizons in 2008 and became the Executive Chef at the Relais & Châteaux property, Hotel de la Paix in Siem Reap, Cambodia. Bryan returned to Calistoga in 2012 and went on to leverage his culinary prowess in the Napa Valley. Bryan’s fondness for food began while he was growing up in New England; he was born into a family of foodies and raised on some of the finest seafood from the Coast of Maine.
$175 PER PERSON
Includes:
​PLEASE NOTE: If you have a dietary restriction, please get in touch with us before purchasing tickets.
EMAIL