Deerfield Ranch Winery, in Kenwood, the heart of Sonoma Valley, is an award winning, organic winery producing 15,000 cases annually. Robert Rex and Associate Winemaker, Cecilia Valdivia, and team, make small lots of handcrafted wine from more than 26 family owned vineyards in Sonoma County. Specializing in blended wines, Deerfield is at the forefront of this modern yet traditionally based style and on the cutting edge of California winemaking techniques. Deerfield wines are renowned for their brilliant colors, rich and wonderfully complex flavors, and a long finish. They tend to be fruit forward, with gentle tannins and low acid. 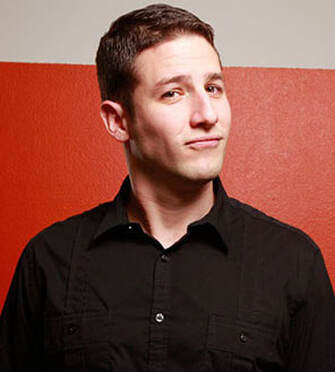 Gathering material from a wealth of life experiences, Jose takes audiences on the rollercoaster ride that’s been his life.  Born in Cuba and deported because of his father’s political prisoner status, he came to the U.S. at a young age. Growing up with a hard working, and always quirky, Cuban family brought loads of funny moments everyday.  From his mother’s ability to kill a chicken with her bare hands, to his Dad’s ability to hit on any woman, anytime, there was never a dull moment.  What they did best was teach him to work hard for his dreams, and not forget how to laugh at life and himself.
​
​He made them proud when, after high school, he was accepted to the U.S. Air Force Academy in Colorado.  He became an officer in the Air Force, is an accomplished aviator, and is a veteran having served in Enduring Freedom and Iraqi Freedom.  He’s been all over the world and has even been shot at in two countries.  This and more he brings to the stage believing that, “if you can’t laugh at a hard time in your life, you ain’t over it yet.”

His comedy career started out in New York and Philadelphia, getting on stage anytime he wasn’t serving. He performs all over the world now and is an audience favorite for his ability to make deportation, and life-threatening moments hysterical.
He’s been featured in the Air Force Times, Latino Laugh Festival in Los Angeles, the Lucky 21 Contest at The Comedy Festival in Las Vegas. In 2008 he won the Funniest Person in South Texas Comedy Competition and was a semi-finalist in the San Francisco International Comedy Competition.  In 2009, he was a finalist in the Seattle International Comedy Competition. In 2011 he was the winner of the Rocky Mountain Laugh Off in Salt Lake City, UT.  Jose has been seen on CNN, CBS, Fox, and Lifetime’s Coming Home with his touring group, The GIs of Comedy, and on NUVO TV’s Comedy Unfiltered with Anjelah Johnson. He was the co-host of NUVO TV’s Stand Up and Deliver, which aired three seasons.  He's also appeared on Fox TV’s Laughs in two seasons as both a performer and host, and was recently featured on NBC’s Last Call with Carson Daly.   His comedy special Cuban Pilot aired on Dry Bar Comedy; his show was the company’s most viewed special of 2021. 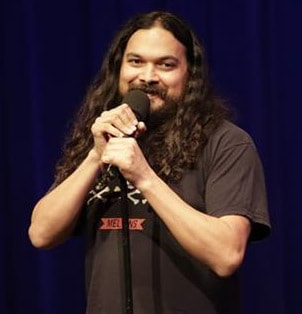